Why I'd love to use Firefox but can't 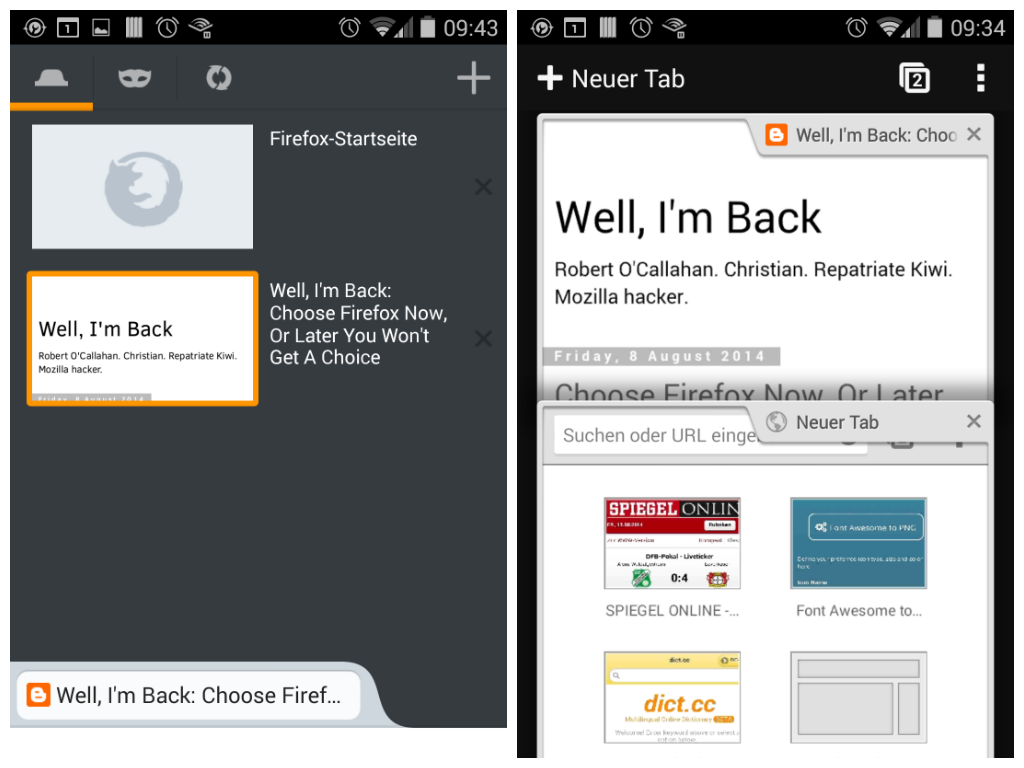 In his article [Choose Firefox Now, Or Later You Won’t Get A Choice] (http://robert.ocallahan.org/2014/08/choose-firefox-now-or-later-you-wont.html?m=1) the author Robert O’Callahan makes a very good argument for why we should stop using Chrome and use Firefox instead. And he is absolutely right! Chrome will become the market dominating browser and quite possibly form a massive monopoly.

BUT after using Firefox for the last couple of days as my primary browser on desktop and mobile I must say Chrome makes it too easy to stay and Firefox makes it too hard to leave Chrome.

From a usability point of view especially mobile Chrome on Android is in a class of its own. It has just the right amount of features to make browsing comfortable but at the same time it goes out of your way. Firefox feels clumsy and overloaded. It’s not slow or renders websites badly. The UX just isn’t as smooth as Chrome’s.

From a developers point of view I like the Chrome tools much better than Firefox’. They feel snappier and go out of your way.

If Chrome and Firefox had the exact same UI I would definitely prefer Firefox to keep the web a more innovative and open place but right now it feels too clumsy to me. I hope the core developers of Firefox will slim it down a bit and drag me away from the dark side :-)